Robert D. Murphy, 83, a shrewd adviser to Presidents and a skilled negotiator in areas of foreign policy and intelligence who was one of the major figures in American diplomacy for decades, died last night at his home in Manhattan.

From before the outbreak of World War II, Mr. Murphy's quickly recognized abilities won him an almost unparalleled opportunity to both watch history being made on a global scale and to take part in its making.

During a 40-year career in the foreign service that included two ambassadorships and culminated in his holding the top career post in the State Department -- Under Secretary of State, Mr. Murphy served with distinction and handled delicate missions in many of the world's most sensitive trouble spots.

He was a young foreign service officer in Germany during the rise of Hitler. He was in Paris in 1940 when France fell. He was in North Africa in 1942 when the British and American forces landed.

Indeed, in the difficult and confusing game of deception and intrigue that preceded the landings, it was Mr. Murphy who, with the support and confidence of President Roosevelt, skillfully played the American hand.

From 1942 until the end of World War II, he was on the staff of Gen. Dwight D. Eisenhower in Europe, helping negotiate the Italian armistice in 1943, and dealing with many other vital political matters surrounding the Allied war effort.

Afterward, he was political adviser to Gen. Lucius Clay, the military governor of the U.S. Zone of Germany when the Russians began the celebrated Berlin blockade in 1948.

As ambassador to Japan during part of the Korean War period, he helped to negotiate an end of the fighting.

In 1958, at the time of yet another crisis, he was sent by the Eisenhower administration to Lebanon to serve as a diplomatic troubleshooter.

A large-boned, stoop-shouldered man of 6 feet 4 inches, described by admirers as "affable, friendly, exceedingly shrewd," Mr. Murphy helped cool tensions at several other hotspots, and was named Career Ambassador before retiring from the Foreign Service in 1960.

After leaving full-time government service he became chairman of Corning Glass International, a post from which he stepped down about five years ago.

Even after retirement from the State Department, he continued to play a major role in government and foreign affairs as a member of the Foreign Intelligence Advisory Board.

A man whose connections with the world of intelligence could be traced back to his service in the U.S. Legation in Berne, Switzerland, from 1917, 1919, When spymaster Allen Dulles was attached there, Mr. Murphy supplied advice in that area of Presidents Kennedy, Johnson, Nixon and Ford.

Named by President Ford early in 1976 to serve as chairman of the new Board of Intelligence Oversight, Mr. Murphy has been credited with playing an important role in the recent reassessment of american intelligence policies and procedures.

In another of his advisory posts, the much-honored former ambassador also headed a 12-member Commission for Reorganization of the Government's Foreign Policy. The body was created in 1972 by President Nixon and Congress.

A man who combined a nononsense toughmindedness with his well-known geniality, Mr. Murphy was born and brought up in Milwaukee, and came to Washington as a young man.

After a year as a post office clerk, Mr. Murphy, a skilled shorthand reporter, who was disqualified from World War I service by a crushed foot, got a job as a consular clerk in the legation in Berne.

He later returned here and studied law at night at George Washington University. In 1920, after receiving his degree and winning admission to the bar, he declined a post in a law firm, and entered the consular service, attracted, he said, by the "lure of working abroad."

In 1936, while U.S. consul in Paris, he reached a major milestone on the road that led eventually to the top levels of American diplomacy.

Ambassador William Bullitt recognized his abilities, and had him transferred to the U.S. Embassy as first secretary.

When German troops entered Paris in 1940, Mr. Murphy met with the German commander to protect American and French interests.

In july and August, 1940, as charge d'affaires at Vichy, he reportedly assumed the role of secret agent, on instructions from Roosevelt, to open the cat-and-mouse negotiations that paved the way for the eventual North African landings.

Using an assumed name, he played a key role in the subtle, demanding bargaining with French Gen. Henri Giraud and Adm. Jean Darlan.

In November, 1942, he persuaded Darlan, of the Vichy government, to sign an armistice agreement. Although, criticized by some Americans as the "Darlan deal," the pact was supported by top U.S. officials and Mr. Murphy received the Distinguished Service Medal.

In several situations, as in North Africa, critics of Mr. Murphy's work sometimes complained that he showed an undue affinity for the more conservative elements in nations and governments with which he dealt.

His superiors backed him to the hilt, however, and cited in his behalf such evidences of accomplishment as the fact that the Allies landed in North Africa virtually without resistance.

In one particular situation, however, Mr. Murphy and his superiors in Washington found themselves at odds.

During the 1948 Berlin crisis, Murphy and Gen. Clay flew here to seek "permission to try to break the blockade." The decision went against them.

Mr. Murphy later recalled that as the one occasion on which he felt he should have resigned in protest.

A man known for delivering his views with a smile but backing them with a will of iron, mr. Murphy later said he "suffered anguish" over the decision "not to challenge the Russians."

In "Diplomat Among Warriors," a 1964 memoir, he expressed deep regret that he was "associated with an action that caused Soviet leaders to downgrade United States determination and capability and led, I believe, to the subsequent Communist provocation in Korea."

Despite those misgivings over the American policy decision, Mr. Murphy carried it out loyally.

He received many awards and decorations, including the National Security Medal, which described him as "a man of legendary achievement in the cause of freedom during World War II."

He is survived by two daughters, Rosemary Murphy and Mrs. Geoffrey Pond, and a grandson. His wife, Mildred, died in 1974. 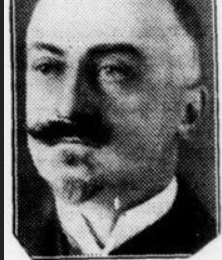 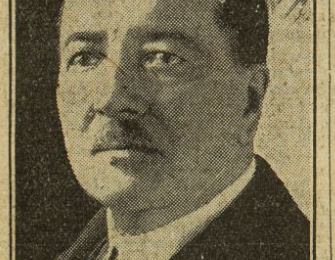